The Sides of the North

"When the Lord hung on the cross, and the sun was darkened at noon, if you had looked up in the sky to see what was overhead, you would see the sacrificial sheep in the pattern of the stars; what we call Aries today. Proceeding forth from under the forefoot of Aries, we have renamed it “the bands of Pisces,” but it should be more appropriately rendered as the net of Pisces. Because from under the fore leg of the Lamb, was cast out a net. This is the New Testament pattern or church. That net gathers in at least two kinds of fish. The larger one that is gathered in the net is forever circumnavigating the ecliptic, and will do so eternally. The larger group in the star field, though caught in the net cast by the Lamb will never rise up to the North. The smaller group, the smaller star field of Pisces, which also is caught in that same net, is pointed to the sides of the North1, where the Throne of the Father is to be found; that place around which all things revolve and where the Father presides and sustains all of His creations.

"The religion that was established in the beginning recognized the testimony set out in the stars above us, which we cannot touch, corrupt, corrode, alter, or change by our apostasy, which is beyond our ability to reach and alter. That testimony above was placed there in the beginning and remains overhead still. But it serves us no purpose today because, when mankind could not destroy the testimony written in the heavens, then we simply lost it through ignorance; or in the words we read tonight from Enoch, darkness was permitted to reign upon the earth. Satan is content with darkness, because it works just as well as any of the other tools used to condemn and chain mankind." (Denver Snuffer, 40 Years in Mormonism, Covenants)

So I've had some thoughts on this that I've been considering that I have found fascinating. What are the "sides of the north"? What does the same fish that points to the north star also, just before, point to? Could the bands of the Milky Way be these "sides of the north"? Is the glory of our galaxy veiled with multiple "veils" or divisions, or as our scientists are calling "dark matter" until you reach the throne of God where the seraphim dwell in everlasting burnings in the midst of all things, where one star rotates more slowly until you reach the throne of God where all things are regulated? In the Andromeda galaxy, there seem to be three distinct divisions and even colors of each, outer darkness being a place outside of all this glory.

This idea, as far as I know, originally came from Lynn M. Hilton's The Kolob Theorem. 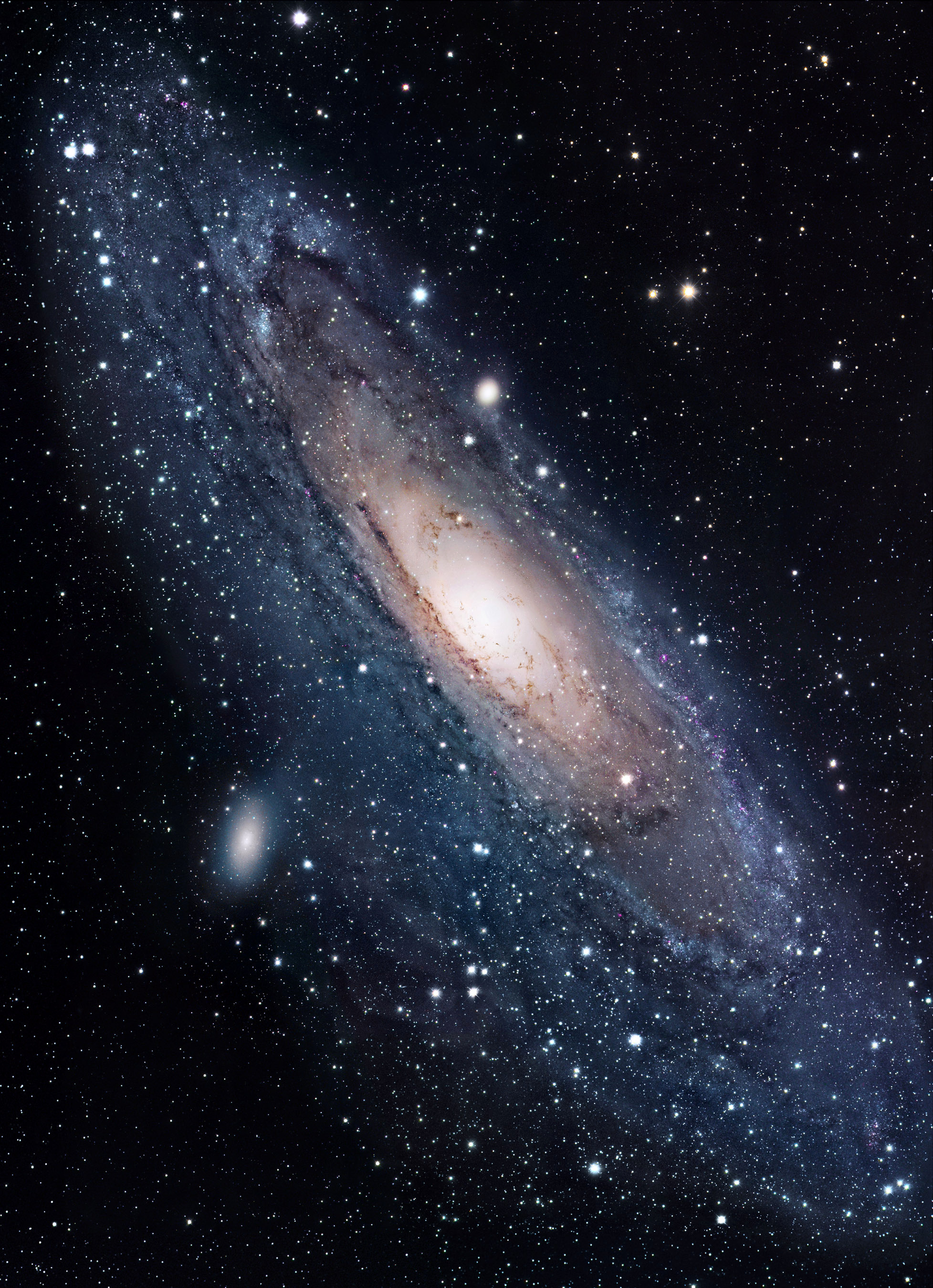 Below are three pictures of the center of our Milky Way 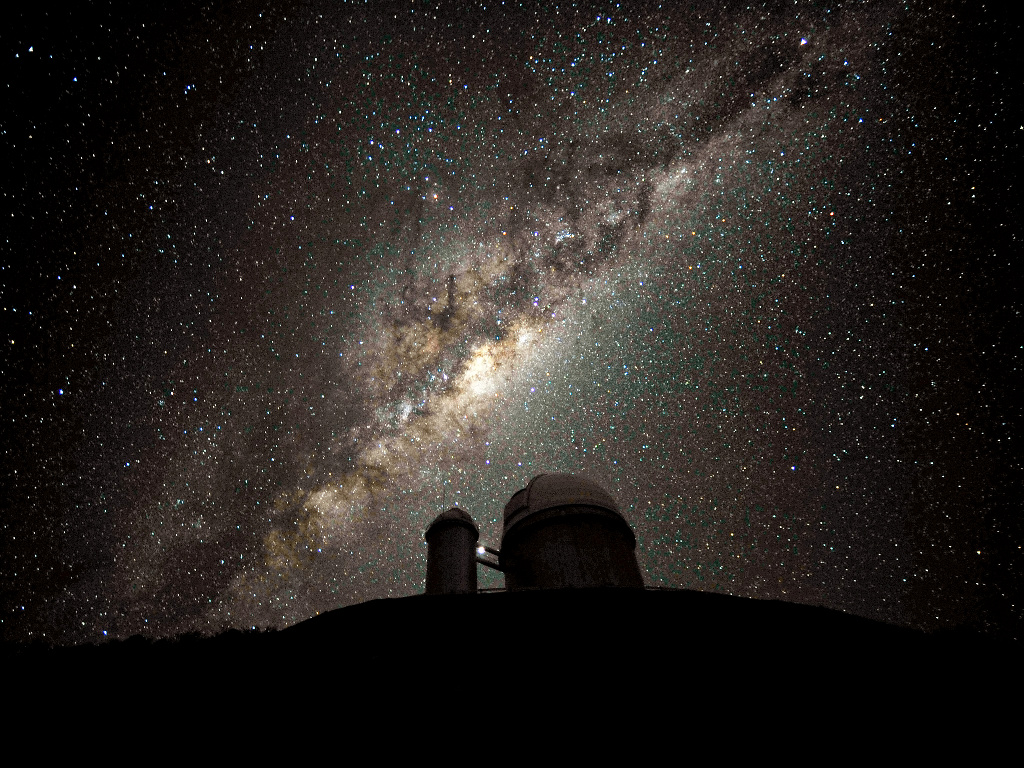 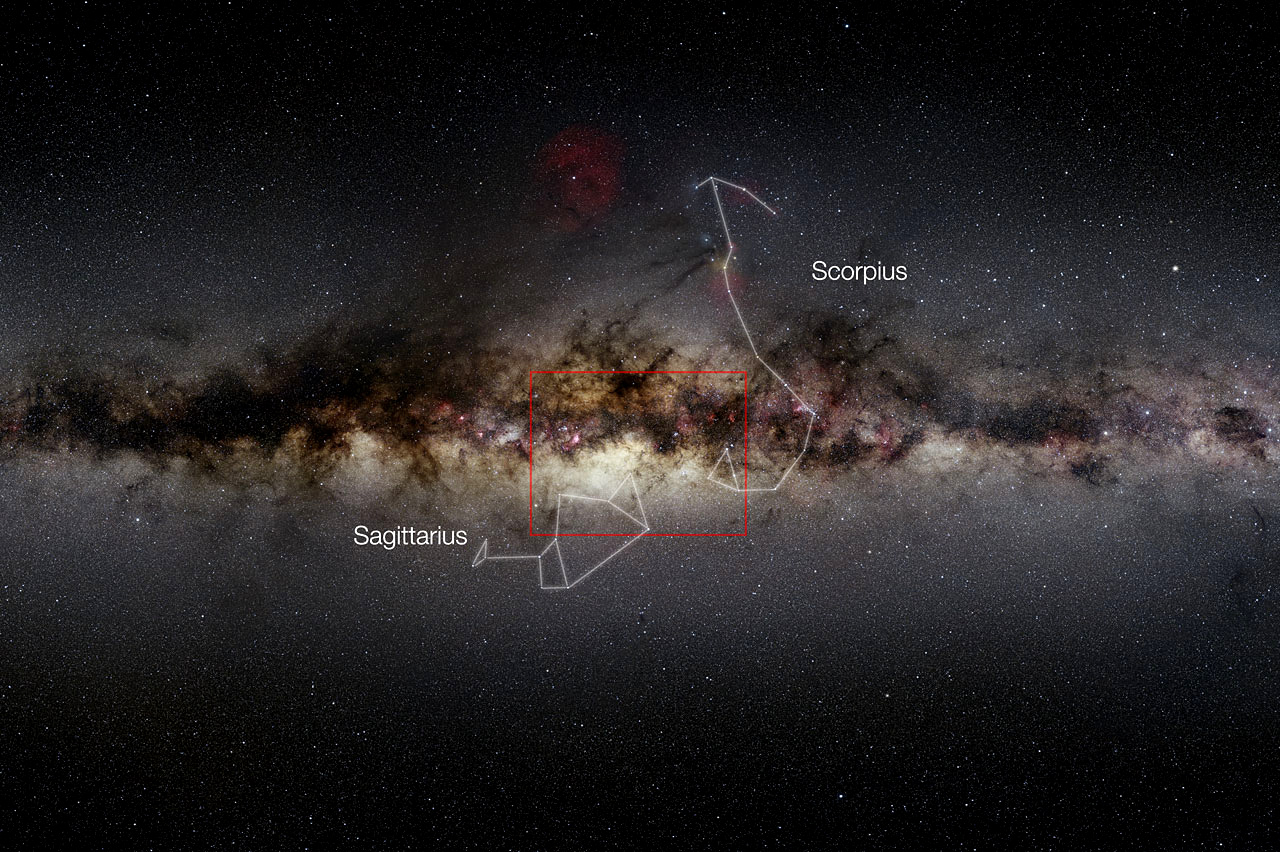 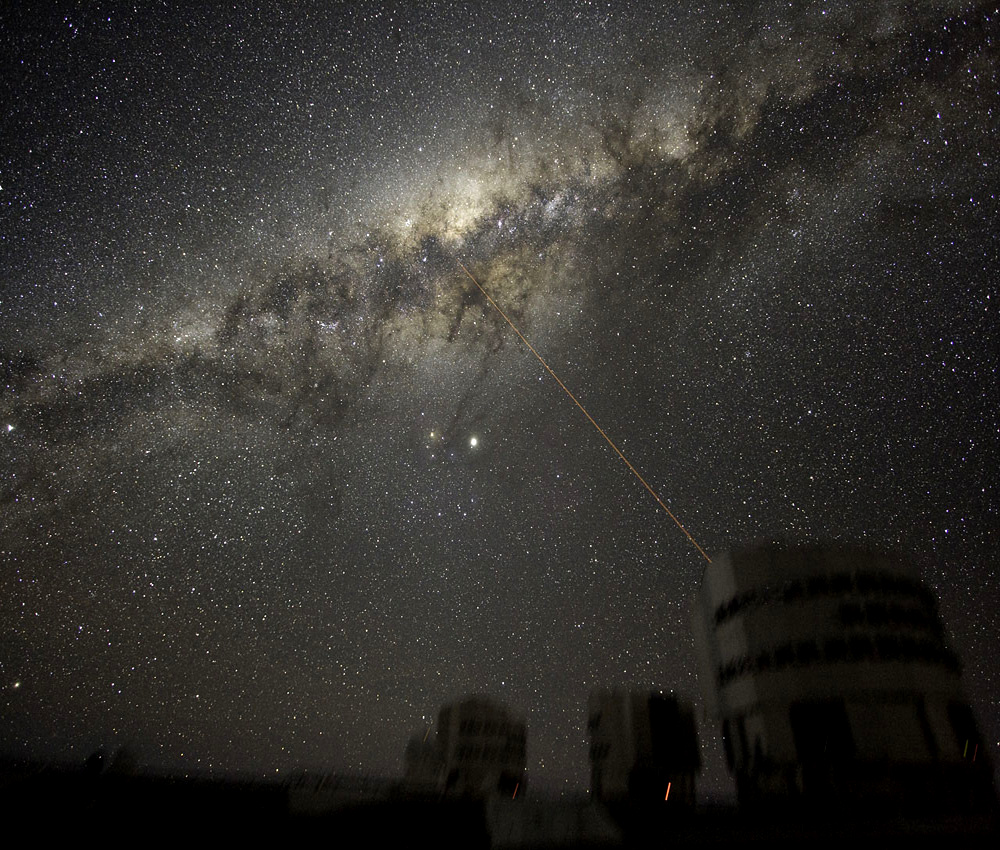 "And I, Abraham, had the Urim and Thummim, which the Lord my God had given unto me, in Ur of the Chaldees; And I saw the stars, that they were very great, and that one of them was nearest unto the throne of God; and there were many great ones which were near unto it; And the Lord said unto me: These are the governing ones; and the name of the great one is Kolob, because it is near unto me, for I am the Lord thy God: I have set this one to govern all those which belong to the same order as that upon which thou standest. And the Lord said unto me, by the Urim and Thummim, that Kolob was after the manner of the Lord, according to its times and seasons in the revolutions thereof; that one revolution was a day unto the Lord, after his manner of reckoning, it being one thousand years according to the time appointed unto that whereon thou standest. This is the reckoning of the Lord’s time, according to the reckoning of Kolob.

"And the Lord said unto me: The planet which is the lesser light, lesser than that which is to rule the day, even the night, is above or greater than that upon which thou standest in point of reckoning, for it moveth in order more slow; this is in order because it standeth above the earth upon which thou standest, therefore the reckoning of its time is not so many as to its number of days, and of months, and of years.

"And it was in the night time when the Lord spake these words unto me: I will multiply thee, and thy seed after thee, like unto these; and if thou canst count the number of sands, so shall be the number of thy seeds. And the Lord said unto me: Abraham, I show these things unto thee before ye go into Egypt, that ye may declare all these words. If two things exist, and there be one above the other, there shall be greater things above them; therefore Kolob is the greatest of all the Kokaubeam that thou hast seen, because it is nearest unto me. Now, if there be two things, one above the other, and the moon be above the earth, then it may be that a planet or a star may exist above it; and there is nothing that the Lord thy God shall take in his heart to do but what he will do it. " (Abraham 3:12-17)

The Lord seems to liken this physical ascent to his throne to intelligences:

"We have infantile “mysteries” we banter about. I’ve heard speculation about the typography of Kolob, for example. By the way, that whole thing about Kolob is mangled! Kolob was the name of a star Abraham could identify. Kolob was a star within sight from the vantage point of the earth. The entire astronomy revealed to father Abraham was geocentric. It was entirely earth-based, looking upward. From the vantage point of the earth, looking upward in Abraham’s day, the astronomy oriented Abraham. In our day, because the precession of the equinoxes, the alignments of stars have changed. Abraham already knew the name of the star. God said to Abraham, You see that star? From where you sit, looking there, the Throne of God is in that direction. It was like saying, Okay, from where my thumb is, looking that way, Shay is sitting by my thumb. That doesn't mean Shay is on my thumb! He's some considerable distance from my thumb! Tim is in the direction of my index finger. He's not on my index finger! He's some considerable distance away from it, but that's the direction. Because it was “nigh” to God, it is located among what is called “unchanging” stars, because they never set. They are continually in view from the earth. Therefore they “govern” those below them. They move “more slowly” because their revolutions and movements take thousands of years from our vantage point.

"Even if you know the typography of Kolob, you still don't know where God resides. Where He resides is in a place hidden in the North. If I were identifying where the throne of God is located today, I would refer to a different star. In our day it has a different name. In our day it has a slightly different alignment because of the precession of equinoxes. The Throne of God is out there, but is in a place that is hidden in the North. It will require the heavens to be rolled like a scroll 36 before you finally see past the veils now in place. But by that time, if you are unprepared, it's too late. Because the glory will be such that you cannot abide it.

"When the Lord appears, preliminary to rolling together the heavenly scrolls, He will first appear in an unveiled opening. The glory of God will be visible around and behind Him, along with concourses of angels.

"Now if you can discover what that alignment is then you can figure out where the Throne of God is presently located. But that is up to you. I've been given no such obligation or permission. But I can tell you there is a specific location. God exists. Abraham was walked through the geography of heaven, reckoned from the vantage point or viewpoint of the earth. When you leave here, one of the obligations you have is to find your way back. In finding your way back, you need to be able to avoid those spirits who seek to bring you back into captivity. If you're brought back into captivity, you may find yourself again in a Telestial kingdom, or, as the temple narrative puts it: “the world in which you presently reside.” That's a rather unpleasant thing to think about. You may find yourself a casino in Las Vegas, talking about things that really matter, in a place in which such things are not at all treasured." (A Broken Heart and Contrite Spirit, Lecture 8, Las Vegas)

1. "How art thou fallen from heaven, O Lucifer, son of the morning! Art thou cut down to the ground, which did weaken the nations! For thou hast said in thy heart: I will ascend into heaven, I will exalt my throne above the stars of God; I will sit also upon the mount of the congregation, in the sides of the north; I will ascend above the heights of the clouds; I will be like the Most High." (2 Nephi 24:12-14, Isaiah 14:12-14)